This week as I pause while Encompass prepares for the next stage of the #encompassproject, here is why not-for-profit (NFP) organisations have an advantage over business.

There are still some who believe the world of business has not changed.  At least this is what their business practices would lead you to think.  Admittedly when you have benefited so much for so long from one formula, it is a big ask to let it go.  The formula that I am referring to here is selling to mass markets.  Quick recap: the industrial revolution of the late 1800s/early 1900s was borne of the invention of the steam engine that allowed machinery to out-produce anything that was previously achievable.  Along with steam-powered transportation, the invention of the telephone and wireless telegraphy around the same time allowed suppliers to to develop national and international markets and sell goods at prices even the working class could afford.  The business practices that developed to take advantage of these markets hungry for goods could not be any more entrenched today than if they were mandated by law.

Position descriptions, competency-based systems, performance appraisals, fixed organisation charts, top-down management and bottom-up reporting are all organisational practices designed to maximise efficiency for mass market selling.  The businesses that continue to battle it out for the mass market dollar become increasingly commoditised as they compete primarily on price.  There are many segments that are dominated by few providers because most, especially the small operator, have been unable to sustain the squeeze on prices.  Goods sold in supermarkets and variety stores, insurance, magazines and travel services are examples.

Today’s markets, in direct contract to mass markets, are fragmented, marketing is becoming ‘democratised’, and consumers seek personalisation – even if it means more self-service and trading personal information.  This new environment favours the small business operators that are not tied to contracts of scale (e.g. minimum order and shipping quantities) and where decision makers have direct conversations with their customers and suppliers as a matter of course. 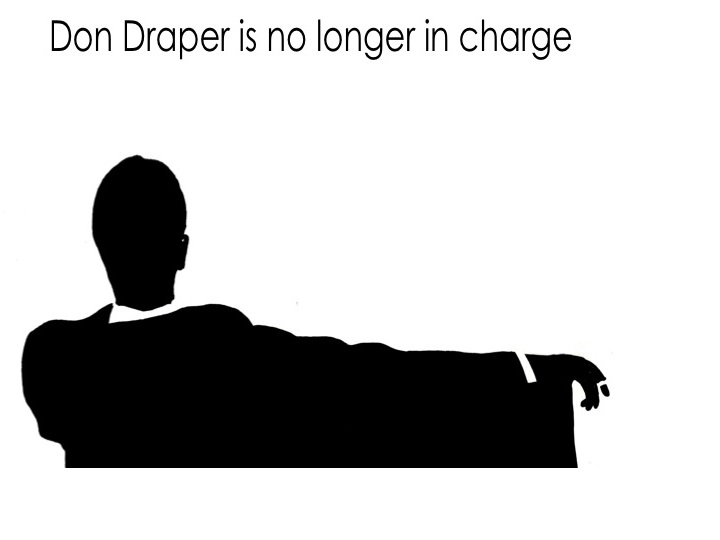 Not-for-profit organisations are in an even more advantageous position because they already organise around the markets’ changing expectations.  Generally, they:

Many corporate organisations have adopted some of these practices trying to stay relevant to their customers – with mixed results.  In 2009 Kraft felt the ire of their customers when it asked for suggestions for a new name for Vegemite.  48,000 ideas later, the iSnack2.0 hit the supermarket shelves and soon after the new name hit the rubbish bin.  On the success side, the restaurant chain, Chipotle, created a series of videos to support their ‘Food with Integrity’ values.  The videos attacked industrial farming practices succeeding in convincing the public that the business considered itself part of an ‘ethical ecosystem’ (ironically promoting sales of fast food).

(Aside: You have to admire the cleverness in bringing up the issue of fast food and re-framing it.  The last line in the video states: “Those people died of eating, not of starving. That’s progress!”)

If NFP organisations find themselves sitting in the position where the market has evolved around to matching their basic make up, how do they use this to their advantage?  The first important step is to abandon the mass marketing practices they have been emulating.  Look at the practices adopted by many tech and online start ups.  Tech industry founders consider themselves part of a community not an industry; in fact many go out of their way to avoid corporate practices and the risk of losing their agility and market-responsiveness.

Build practices around your strengths and your relationship with your community and if it looks like no one else’s structure and practices, all the better because it becomes your own ethical ecosystem.  That will be something all business will have to learn to do.