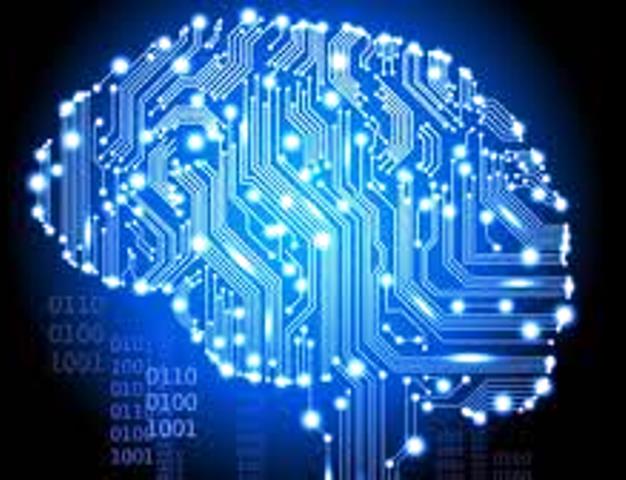 Fast forward fifteen years from 2014.  The robot has not completely taken over but they and automation have definitely changed the landscape of work.   This post is not meant to be a crystal ball into our future world; rather it attempts to extend what we already see happening in work and imagines the movement of these practices from the fringes of ‘innovative workplaces’ to the mainstream.  Being a worker in this future world might look something like this…

Tish wakes up to the alarm she set so she can make it to her department meeting.  It’s been a while since she has attended one because she has been on the ‘bench’ of her company for the past few months.  As the company needs different skills it changes the work group members to suit.  “I hope there are some new people to meet,” she thinks as she waits for her computer to start.  As the staff arrive for the meeting, Tish scans the map that appears on one of the screens in front of her.  She sees attendees joining from several countries including China.  “Great!” she says to herself, “I need to practice my Mandarin!”  Tish has been studying Mandarin through online videos for three years.  She uses a combination of the course available from one of the US’s leading universities which give proper structure to her progress but she also likes the YouTube videos that give her a better sense of the colloquialisms used by present-day speakers.  Unlike the university videos many of the YouTube ones are hilarious.

After the meeting, Tish plays with the idea of contacting her Mandarin learning leader but she knows it is more important that she spends time with her Business Ethics learning leader as she needs this to finish the tasks in her current contract.  This course also gives Tish credits towards her professional status for which she has been studying.  According to Tish’s mum ‘studying’ used to mean reading books, writing about the things you would be doing and then sitting an exam to see if you can describe how they should be done.

Before Tish gets ready to go to work, she checks her clearing account.  Last month she earned money through four different sources (she is amazed that the online business she started while at high school is still paying – it’s only a tiny amount but, then again it was seven years ago and she was only fifteen).  Her clearing account already has her earnings sorted into her net pay, remitted her income tax and topped up her pension account.

Tish walks to work at her ‘third office’.  The coworking space is where she meets with some of the team on the community project her company sponsors.  The community project is more than an industry collaboration, it also serves as a development program for young people leaving school.  Her manager has been encouraging Tish to improve her coaching skills so this program came up at a good time.  Although they are working on testing one of their competitors products, it is a product that her employer does not sell and for a market her employer does not service.  Tish loves these community projects because it has given her the opportunity to practice new skills and learn from people who have more experience than even her own manager.

During a break, Tish wanders over to an open session being held by the coworking host looking at the style of a renowned designer.  Artists have been ‘safe’ jobs since robots began dominating industry.  Manufacturers using licensed art and design work to apply to their goods has become the norm.  Even though Tish does not have an artistic bone in her body, she still finds herself contributing her opinion on some of the designs discussed.  She strikes up a conversation with the person sitting next to her – someone who obviously does know a lot about design – and is delighted to learn that he is a freelancer who can help her organise and upgrade her online professional portfolio.  She takes a scan of his freelance profile and promises to submit her brief to him in the next week.

Tish wraps up her session and waits for a friend coming to meet her.  They first met at work and discovered a common interest in driving.  Almost no one drives on the roads anymore as driverless cars are faster, cheaper and easier to use.  Tish had already qualified for her probationary driver’s license when nearly all vehicles switched over to automated technology.  Her brief time as a driver gave her the bug so she joined a car club with her workmate where she can drive recreationally.  Today she might try the mountain track again.

Before her day ends Tish has one more task she needs to complete.  She spends the next hour working on the peer reviews she has promised to submit.  She does the easy one first – this was for her last project leader who achieved the great result of coming in on time and under budget.  The next one is trickier.  Unfortunately this team member made a lot of mistakes but worse, would not take suggestions to fix them never mind how he could have avoided them in the first place.  Tish accesses her company’s knowledge bank and follows the guidelines for giving difficult feedback.  Finally she is satisfied that she has met the required standards of honesty, practicality, transparency and context.

Although this task took longer than Tish had planned she is really pleased with the outcome and decides it is worth a few minutes to share the experience with her followers.  Unlike a lot of her friends, Tish did not care for sharing every detail about her life on social media, but the social mentoring platform was different.  Among her mentoring followers are people from emerging industrial economies and students.  However Tish gets the most satisfaction from her followers who are people who entered the workforce during the industrial age and who became underemployed through the old ‘one job’, ‘one employer’ paradigm.  They also missed the shift that they, not their employer, were now responsible for maintaining their professional knowledge and skill assets.

The last of her jobs completed, Tish is looking forward to the end of the seven-day, 10-hour days stretch of work that she planned for herself.  She can now have that five-day break to attend her friend’s wedding.  Tish is excited because it will be her first overseas trip without at least one of her parents.  Instead of wedding gifts, the guests are going to work for two days as volunteers with the charity her friend supports.  With the whole village attending the wedding after the two days, it will also be the biggest wedding Tish has ever attended.  Tish lies in bed wondering what she would do for her wedding one day.  Her last thought before drifting off to sleep is whether she would have a retro wedding where the guests just turn up for a ceremony then eat and drink at the reception.

Tish is, of course, a character from the Millennial generation.  Based on this narrative she would have been born in 2007.  For Tish this world of work is not new or different.  There is nothing described here that is not already changing employment as we currently understand it.

We have spent the past 100 years mechanising work and in the process have created whole generations that are prepared to submit themselves to, while civilised, no less inhumane conditions where compromising family needs, over-regulated work practices, relentless demands, goals and targets that bear little resemblance to the benefits the workers are supposed to be enjoying (career, progress, satisfaction, etc.), has become not just accepted, but expected.

The younger generation are being brought up by parents who tell them personal fulfilment is their right but with it comes responsibilities to society, to those less fortunate and to the environment.  They are highly confident, highly social and unlike their parents need reasons for not changing more than they need reasons to change.

We have a great intersection of opportunity before us: the automation that will remove the inhuman part of work and a new generation of workers that can clearly distinguish work that is uniquely human.  We have very little time to take advantage of this window of opportunity.  Unless we stop training our young for careers that depend on jobs that will soon no longer exist we will soon have an enormous problem of too many workers with the wrong skills.

The only guarantee I can see that we can solve our future mass unemployment problem is to fix it now.  Today.